The one with the Three Peaks!

This week meant that the time had come for my goal spring event, The Three Peaks race.

full report is on the way so i will just say it was …….Bumpy.

Training was easy this week with only 9 miles run before race day.

On Wed we were very lucky as a club at Radcliffe AC as we got selected for a training evening with Polar and GB Marathon Coach Nick Anderson. Nick owns Runningwithus and is widely regarded as one of britain’s best endurance coaches.

Coach Mike had arranged the session and although i was racing saturday i simply could not give up the opportunity to take part in this session.

After a presentation from Nick and Polar we went out to the track and did 6 x 3 mins rotating between zone 4 and 5 HR zones. I usually hide on the other side of the whistle and it was a bloody tough session but it was great to be hammering myself!

Sat brought the Three peaks and one of the toughest events i have ran,Whernside ascent nearly had me in tears!

Running highlight of the week

Has to be Weds session with Polar,it was a truly amazing opportunity to be coached by the same guy who has worked with Mo Farah,Tracey Barlow and countless other top flight Athletes.

Non Running Highlight of the Week

Friday will take some beating,my wife had bought me an indoor skydiving experience for my birthday back in Feb and i visited iFly in Manchester friday morning.It was simply fantastic i had three ‘jumps’ the last one with a VR headset on which saw me skydive off the coast of Hawaii !

That gift will take some beating Mrs W! 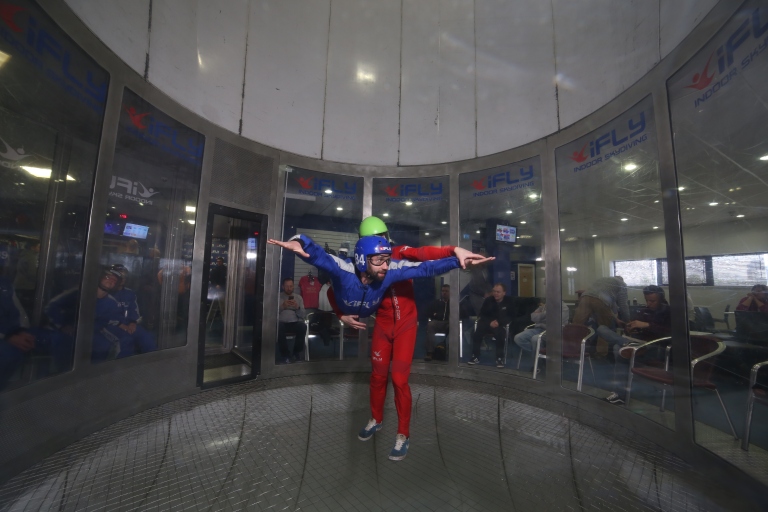